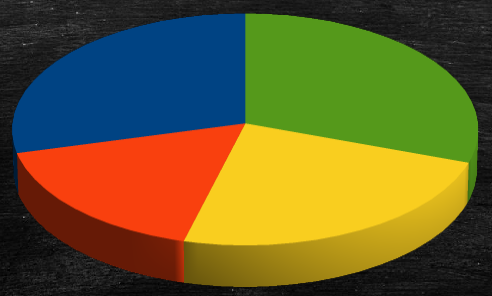 
By an unlucky chance a Fox fell into a deep well from which he could not get out. A Goat passed by shortly afterwards, and asked the Fox what he was doing down there. "Oh, have you not heard?" said the Fox; "there is going to be a great drought, so I jumped down here in order to be sure to have water by me. Why don't you come down too?" The Goat thought well of this advice, and jumped down into the well. But the Fox immediately jumped on her back, and by putting his foot on her long horns managed to jump up to the edge of the well. "Good-bye, friend," said the Fox, "remember next time, "Never trust the advice of a man in difficulties."

One wintry day a Woodman was tramping home from his work when he saw something black lying on the snow. When he came closer he saw it was a Serpent to all appearance dead. But he took it up and put it in his bosom to warm while he hurried home. As soon as he got indoors he put the Serpent down on the hearth before the The children watched it and saw it slowly come to life again. Then one of them stooped down to stroke it, but thc Serpent raised its head and put out its fangs and was about to sting the child to death. So the Woodman seized his axe, and with one stroke cut the Serpent in two. "Ah," said he, "No gratitude from the wicked."

A great conflict was about to come off between the Birds and the Beasts. When the two armies were collected together the Bat hesitated which to join. The Birds that passed his perch said: "Come with us"; but he said: "I am a Beast." Later on, some Beasts who were passing underneath him looked up and said: "Come with us"; but he said: "I am a Bird." Luckily at the last moment peace was made, and no battle took place, so the Bat came to the Birds and wished to join in the rejoicings, but they all turned against him and he had to fly away. He then went to the Beasts, but soon had to beat a retreat, or else they would have torn him to pieces. "Ah," said the Bat, "I see now, "He that is neither one thing nor the other has no friends."

The Lion and the Fox went hunting together. The Lion, on the advice of the Fox, sent a message to the Ass, proposing to make an alliance between their two families. The Ass came to the place of meeting, overjoyed at the prospect of a royal alliance. But when he came there the Lion simply pounced on the Ass, and said to the Fox: "Here is our dinner for to-day. Watch you here while I go and have a nap. Woe betide you if you touch my prey." The Lion went away and the Fox waited; but finding that his master did not return, ventured to take out the brains of the Ass and ate them up. When the Lion came back he soon noticed the absence of the brains, and asked the Fox in a terrible voice: "What have you done with the brains?" "Brains, your Majesty! it had none, or it would never have fallen into your trap." Wit has always an answer ready.